Next stop – Quixadá and the big blue sky… 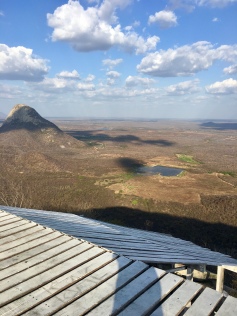 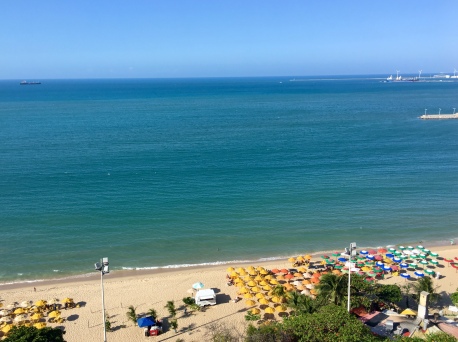 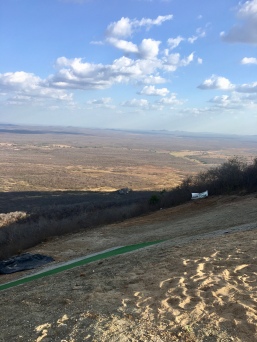 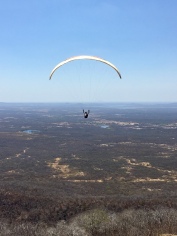 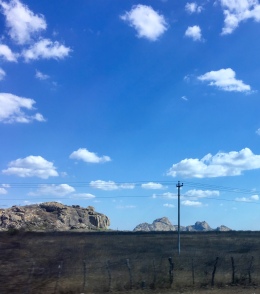 In Fortaleza, we took some time to have dinner with @daniwings. What a great experience to meet Dani and her boyfriend. We got connected with local Quixadá pilots and a driving guide to help me with possible retrieve trips and found the pilot-owned Hotel Pedra dos Ventos in the small town of Juatama. After spending a little time in Fortaleza, a city we had heard so much about from our friend John K., we set out in search of the promised Quixadá adventure.

As soon as we arrived in the sleepy town, we picked up our guide and a young local pilot (Victor Fly on FB)who showed us the site, explained to me what to expect for the retrieve drive and even assisted Jorge setting up the glider! It was clear that these two were comfortable with pilots and their gear. As they walked up the launch ramp, I snapped photos of this picturesque site. It was late in the afternoon when Jorge and Victor took off into a surreal sky that was filled with textbook examples of puffy cloud streets. My driving friend for the afternoon, a young Brazilian woman studying to be an engineer, hopped into my truck and off we went. In her best Portugués, she explained where we should go and the usual route the pilots would take. This warm-up flight would help Jorge and I get prepared for a longer attempt the next day, and after a couple of hours, the two landed in a neighbor’s field near the bottom of the hill.

The next day, we were up early and on our way back to the ramp. The days begin early with Quixadá flights, as pilots try to maximize the amount of time they have and take advantage of conditions on a hill that peak by 8 AM! This time, I would drive by myself. I spent at least an hour with Victor, as he explained the very details of the route. For those of you who don’t know about retrieving pilots, it is important to understand that drivers rarely get to use main paved highways as we follow our flying friends on their fantastic cross-country journeys. Instead, we can often be found taking small, unmarked, gravel roads that look more like drainage ditches than driving paths.

While the sky of the day before was filled with lots of cumulus clouds marking thermals, this day the big blue sky went on for miles and miles – not a q’ in sight. The conditions were tough, the thermals were ragged, and the landing areas were few and far between. The first 60 km away from the launch here can be difficult, even on a good day, because there just aren’t many places to land. Jorge and Victor kept pushing north, while I drove through briar patches, dried up gullies with boulders as big as my truck, and ranges where I waited for at least 15 minutes for the cows to decide that they would part ways in the path so I could pass.

Our radios worked well this day and I could communicate with Jorge as he looked down on the truck from 7000 feet…he can vouch for the tiny tracks on which I drove. It only took two long glides for the pilots to make it to open terrain and out of radio range. The next three hours were tricky as I continued to make my way in their direction, periodically checking in on the radio to see if they were in range. The sound of relief in Jorge’s voice when I asked once more, ‘Jorge, do you copy?’ was clear.

With pilots in the truck, instead of the air, I took the paved road back to Juatama. It will certainly be a day I remember!

From here, we continued to make our way along the coast of Brazil, visiting Canoa Quebrada and João Pessoa – the easternmost point in the Americas, Aracaju and Illhues, finally making our way to Rio de Janeiro. The first day in Rio was spectacularly beautiful with a gorgeous blue sky and mesmerizing turquoise ocean. We arrived at a hotel late in the afternoon, and as we checked in, we found out that there would be a soccer game at the famed soccer stadium Maracaná! We wasted no time, bought our tickets, organized a taxi, and were seated and drinking cold beers in the largest stadium in Brazil by the time the game began. 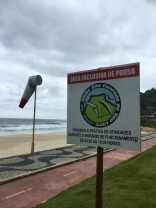 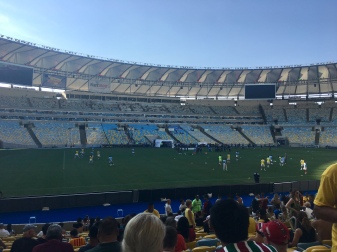 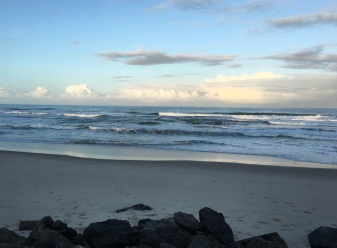 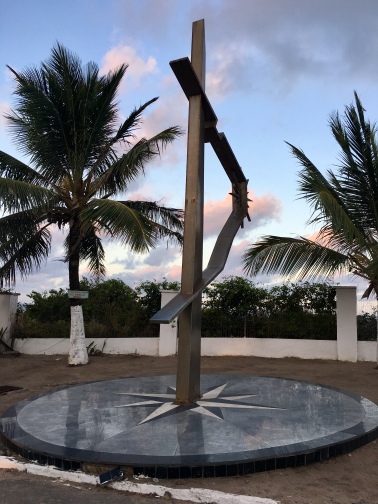 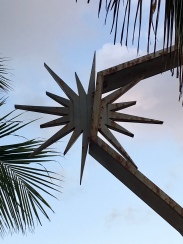 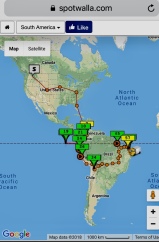 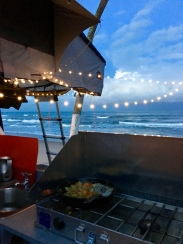 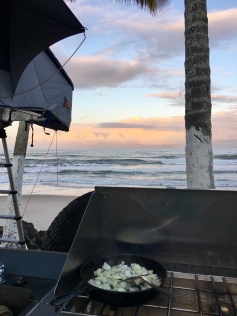 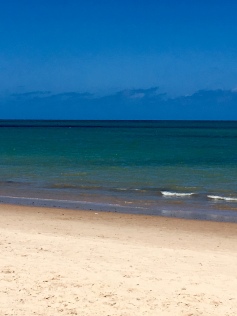 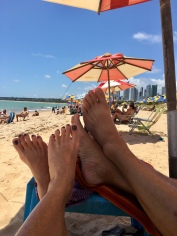 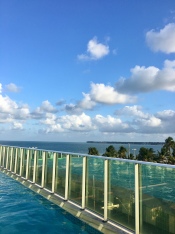 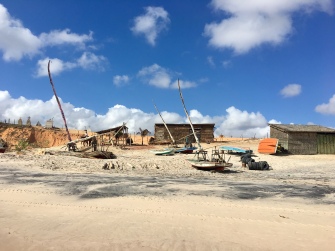 Unfortunately, the weather did not hold, and we woke the next day to clouds and rain. A cab driver that morning summed up the situation perfectly…Rio de Janeiro is a spectacular city in the sun, but in the rain – it is just another city. Looking at the forecast, we decided to pack up and continue south. We made one stop at the flying LZ by the edge of the ocean just below the famous Cristo Redentor statue that overlooks the city. Jorge’s face said it all…he would miss this chance to fly high above the statue.

As we drove south, the conditions got worse. Our three days of rain turned into a bleak 10-day forecast with high wind, thunderstorms and full cloud cover. While we were heading to visit the pilots at the Rotor Harness, see São Paulo and the bask in the sun on the golden beaches of southern Brazil, we decided instead to head west in search of the sun.

Today’s theme – Never be afraid to change your itinerary.