Visiting Kuelap – the remains of a pre-Incan village. 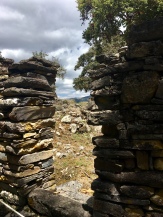 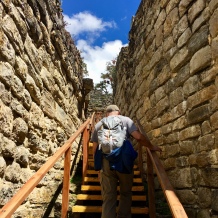 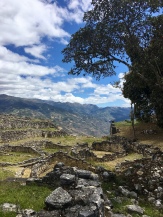 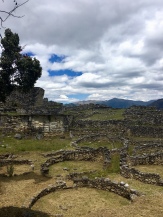 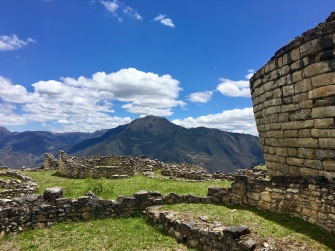 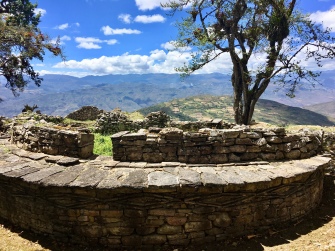 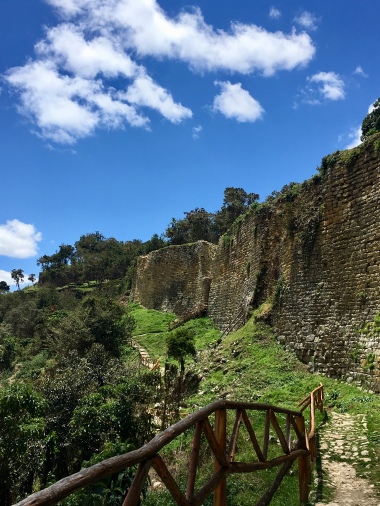 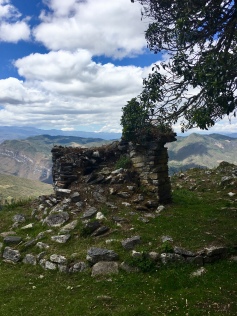 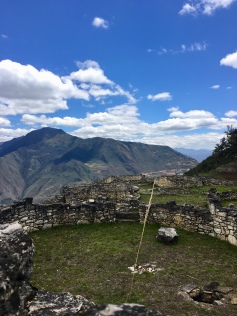 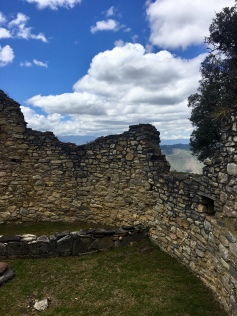 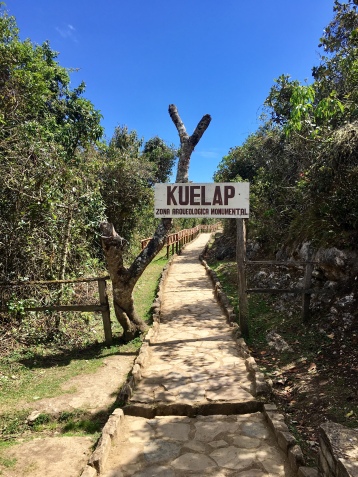 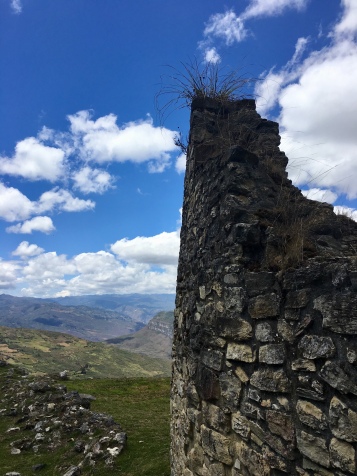 We set out for Chachopoyas, knowing that the road would once again be narrow and dusty. We arrived in the area around 4:00 PM and contemplated whether we should head into the main town or go to the suggested camping area at Estancia el Chillo, about 20 miles away. Remembering our self-imposed rule about stopping earlier so as not to drive or set-up camp at night, we chose to head toward the camp. We are very happy that we did! You see, the road we needed to take was closed. As we approached, the construction crews were flagging cars and trucks headed in our direction. The line was already several cars long and as we stopped, a guy two vans ahead of us got out and made his way to us. He was very friendly and explained that the road would be closed for about two more hours. Two more hours?! That would mean arriving after 6 PM. Just as we began to question our decision to head to this camp, he asked us where we were headed. Before we could answer, he said, ‘Estancia de Chillo?’ Yes! He and his family own this place, there would be no problem arriving late, they had plenty of light, tranquilo…

How lucky we were to be in line at that precise moment, meet the owners of the place in which we would spend two great nights, and not worry about the lateness of the day! After all was said and done, the road did not open for almost four more hours and we arrived well after dark, thrilled to be safely following the owners to their home!

The next two days were spent exploring the ruins of Kuelap, a pre-Incan settlement from that took shape between 800 and 1470 AD. The Chachapoyas were determined to protect themselves from Incan invasion and built this fortress high in the Andes (higher than Machu Picchu) with a 20-meter high stone wall that surrounded the complex. There are more than 400 circular houses made from stone and the views from here are beautiful. It was explained to us that archeologists found mummified remains of the Kuelap ancestors both here in the settlement and high in the surrounding mountains. It was suggested that when loved ones died, they were first taken to the mountains for a ceremonial ritual and resulting mummification. At some point, people began to bring the bodies back, placing them in the roof top spaces of the houses offering the ancestors a brilliant view in the afterlife and providing a powerful life force for the villagers. 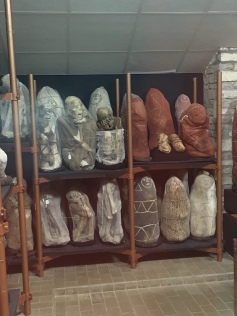 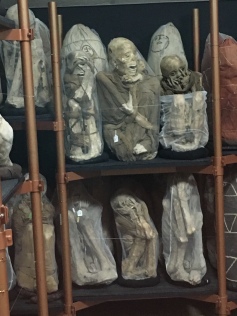 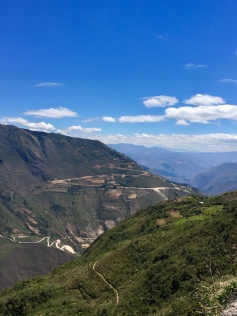 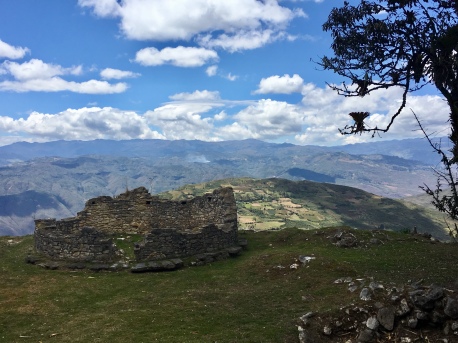 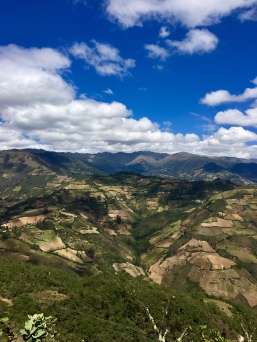 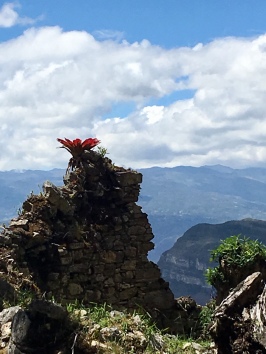 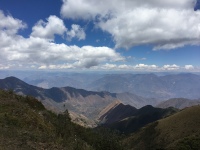 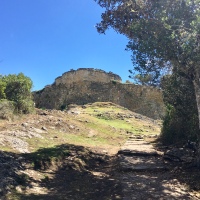 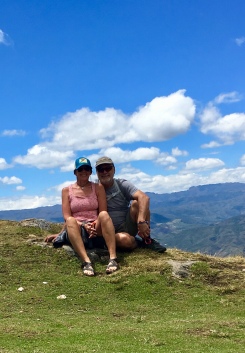 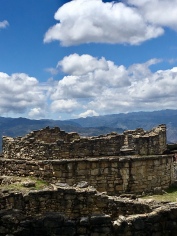 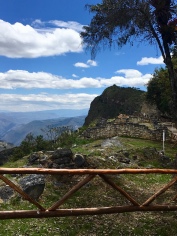 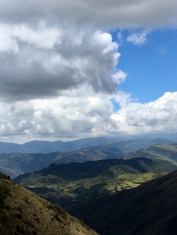 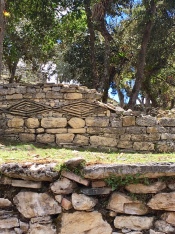 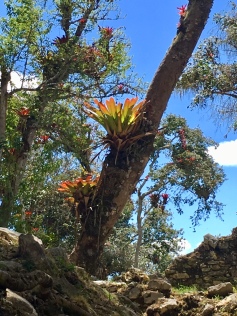 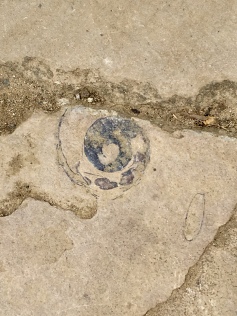 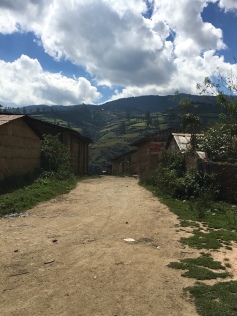 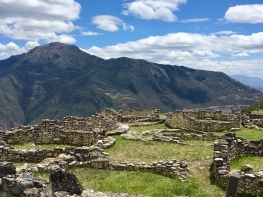 Later, we visited the museum which houses the mummified remains of the ancestors who were found here. The story of the Chachapoyan people is an interesting one and archeologists believe that there are thousands more of these mummies hidden in the cliff faces of these high mountains.

Today’s theme – walking in the footsteps of ancient people.